Budget offer up to 65% No Claims Bonus, and also allow you to use no claims bonus that has been earned on another policy on which you were a named driver. With comprehensive cover all factory fitted audio/visual equipment is covered and you can also claim up to £100 for personal items. You’re also covered for up to 60 days when travelling in the EU. 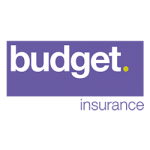