Launched as the UK’s first telephone insurer in 1985, the company’s distinctive logo of a red telephone on wheels emphasised what it was all about. The telephone has since gained a partner, in the form of a wheeled mouse, to reflect the increase in online buying. When it was launched in 1985, Direct Line was completely owned by the Royal Bank of Scotland (RBS) Group. In 2012 the company was floated on the Stock Market where during the IPO, RBS sold a 30% share of the business. In 2013 RBS sold off a further 37% and is now expected to sell the remaineder of the company during 2014.

To this this day you can only take out a policy with Direct Line by contacting them directly as they do not appear on comparison web-sites. This hasn’t stopped them from accumulating over 10 Million customers in the UK, Germany and Italy. One of the main attractions of Direct Line are their UK based call centres in Birmingham, Bristol, Glasgow, Leeds and Manchester.

Direct Line offer both single car insurance and more recently multi-car insurance policies. If you take out your policy online, they even offer a 10% discount! As standard they also offer vandalism cover, and if you have a fully comprehensive policy if your car is vandalised it will not affect your no claims bonus. Direct Line also offer no clims bonus for named drivers on a policy. Providing you have at least four years of no claims bonus you can protect it for a small fee, allowing you to make 1 claim in a single year or 2 claims in a three year period without your no claims bonus being affected. Standard optional extras include guaranteed hire car for up to 21 days and legal cover up to £100,000.

Direct Line also offer a scheme called “DrivePlus” which is their version of telematics insurance – also known as black box car insurance. Drivers under the age of 21 automatically recieve a 25% discount up front when taking out a DrivePLus policy. Your driving performance and style is closely monitored throughout the course of the year and it can result in significant discounts when you come to renew the following year! 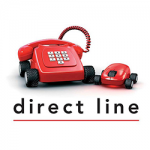